Summer In The Vineyard

Never more than in this year of unprecedented events, there's comfort to be found in the constancy of nature. The familiar cycle of the seasons continues without pause. Across our vineyards, we're readying for harvest now and preparing for autumn. Here Chief Vineyard Manager Jon Pollard reflects on how summer at Gusbourne has gone.

How has the season been so far?

Be careful asking a vineyard manager that question – we don’t want to jinx anything! The season can be make-or-break in the final few weeks.

It began with a relatively early budburst on 8th April. Then the intense heat in May and June led to one of the earliest flowerings we've ever seen at Gusbourne. Good news, because that gives the grapes more time to ripen. Of course, dry weather also means drier soils. But the vine as a growing system has evolved to cope with periods of low rainfall. Its long mature roots search deep into the earth for water in times of drought.

We're always at the mercy of the weather, hoping it'll play ball.

So each stage has been on track?

Growing grapes in the UK to the standard and quality that we do at Gusbourne relies to a certain extent on the weather playing ball. There's always a bit of flux in a season, driven by the weather. Generally any detrimental influence will delay a stage of the process – a late cold spring, for example, inevitably delays budburst. And then you get a knock-on effect, eventually resulting in a late harvest. A late harvest brings its challenges, but every year since 2006 we've produced award-winning wines. Some years better than others, but that’s farming. The timing this year has been good.

The vines are looking good at the moment. The recent rain in Kent has let them take up some of the nutrients they were struggling to get hold of. The canopies are green and verdant, as we move towards the start of ripening proper.

So yes, all in great condition. Maybe not quite as big as we've seen in the past but still abundant. I have my fingers crossed that the recent windy damp weather returns to something more settled as we approach harvest. We're looking at a mid- to late-September start to harvest – when about 100 workers will descend on Gusbourne and help bring in the crop.

Come visit us at Gusbourne. Book one of our guided tours or just pop in.

Spring in the Vineyard

Behind the label: What's in a name?

Tales of the terroir

Winter in the vineyard 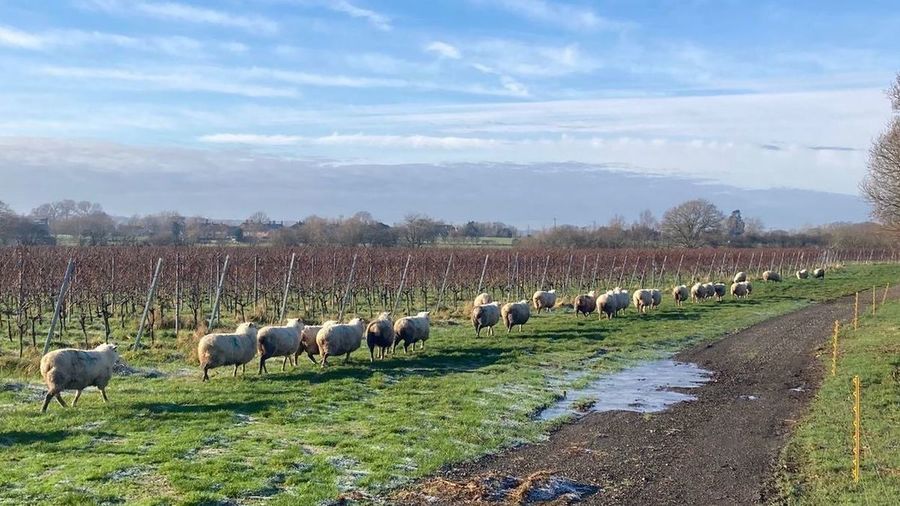